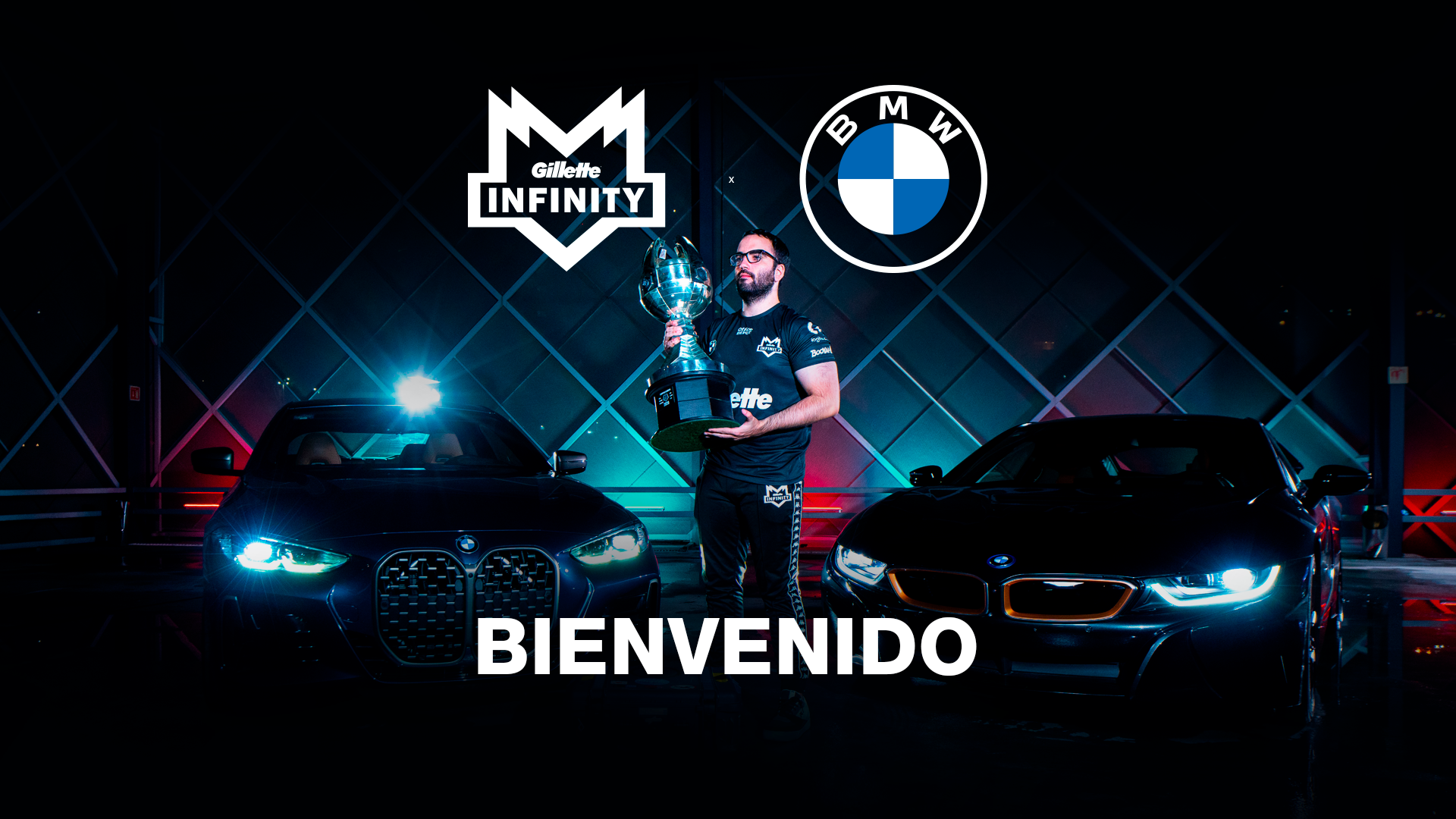 The multigaming club Infinity Esports thus joins the select group of electronic sports teams from Europe, the United States, China and South Korea that have the support of the German brand.

Ciudad de México, 27 de abril de 2021- INFINITY, the electronic sports club that is champion of the Latin American League of Legends (LLA) and will represent the region at the Mid Season Invitational (MSI) in Iceland, announced the sponsorship of the German brand BMW, a leading player in the luxury automotive segment and a world leader in innovation and technology.

The agreement, signed for a period of one year, is part of BMW's global strategy, which identified Esports as a community in macro trend and in 2020 it landed strongly in the industry by sponsoring the top teams from Europe, the United States, China and South Korea.

“For Infinity it is a pride that a Premium brand like BMW has chosen us for its landing in Esports in Latin America. Sealing this alliance and seeing the BMW logo stamped on our apparel encourages us to continue to be at the forefront of esports in the region, while reaffirming our commitment to innovation. With the support of BMW, we will continue to revolutionize the Latin American scene based on excellence in the game and the impact of our content ecosystem, which allows us to communicate with the most dynamic and demanding audiences of the moment ”, said Diego Foresi, CEO of INFINITY

“We are very excited to implement a sponsorship in the Esports industry in Latin America through a talented club with a promising future such as Infinity Esports. This sponsorship is aligned with the BMW brand strategy worldwide and goes hand in hand with the essence that has characterized us through our technological developments, as well as the innovation and dynamism of our vehicles. By joining with this discipline we seek to promote teamwork and healthy competition, which are also part of our day to day, ”said Hernando Carvajal, BMW Marketing Director for Group Latin America.

The alliance is being presented to the Latin American gamer community and the general public through original audiovisual content, shot in Mexico City and featuring Latin American players and influencers who are part of Infinity Esports, including Matías “Whitelothus” Musso and Gabriel “Ackerman” Aparicio, brand-new League of Legends (LoL) champions.

From the agreement with BMW, Infinity Esports joins the list of world leading teams that are sponsored by the German brand and which is made up of Cloud 9 (United States), Fnatic (United Kingdom), Funplus Phoenix (China) , G2 Esports (Germany) and T1 (South Korea). Together, these teams have a total of approximately 200 players and although they are known for their performance in competitions of League of Legends (LoL) también participan en disciplinas como Dota 2, Fifa, Fortnite o Rocket League.

Infinity Esports, founded in Costa Rica in 2009, is made up of more than 70 players and sports staff from Mexico, Guatemala, Costa Rica, Colombia, Peru, Ecuador, Chile, Argentina and Uruguay. In addition, the club has a solid infrastructure of 30 people (managers, those in charge of the marketing and commercial areas, and staff) who design the strategy and coordinate the development and participation of the players.

“We are sure that with the Infinity Esports club we will achieve excellent results and we will demonstrate how through this discipline we can enrich the lives of new generations by enhancing their self-determination. This sponsorship has great value for us since, as Infinity Esports is the official club of the BMW brand within the discipline of electronic sports in Latin America, we will proudly have Latin American players representing our region internationally. Furthermore, in the medium term we hope to promote the exchange of best practices with teams sponsored by the BMW brand in other countries. We invite BMW fans in the region to join us in this new project we are embarking on ”, shared Arturo Orenday, BMW Brand Director for the Latin America region at BMW Group Latin America.

In addition to the BMW brand presence, the agreement between the two includes the carrying out of joint activities throughout Latin America that will be communicated through official social networks.